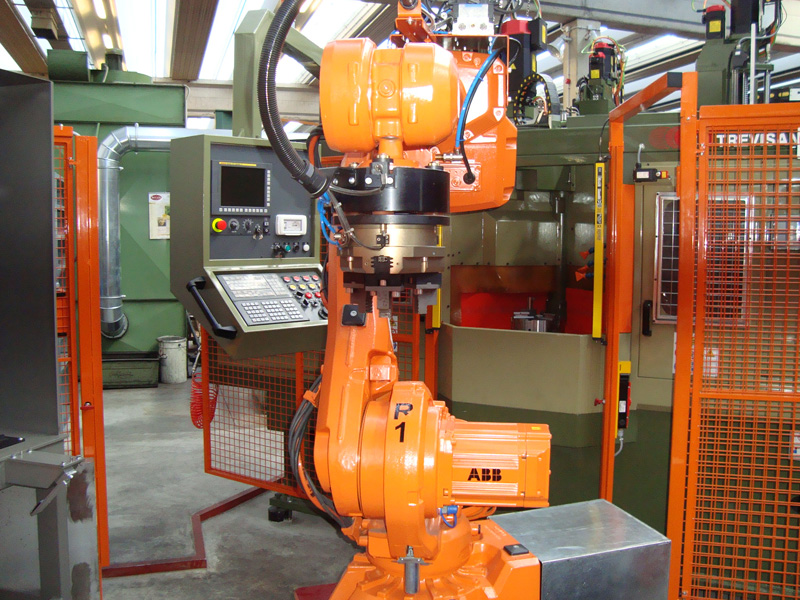 The production technology incorporated at Calpeda has been further enhanced with the arrival of camera eyes installed on the robotics. These are able to recognise individual items for production. The need to increase the production of motor end covers and lantern brackets in cast iron, has made this an important investment, providing a considerable reduction in production time, whilst still ensuring optimum precision and quality.

The work station is composed of two special computer assisted transfer machines made by GT TREVISAN (a long-time partner of Calpeda) able to operate either in combination, where one does the first and the other the second phase, with an interchange between them, or with each working individually on the same production phase or on separate operations. The “twin” machines are composed of a rotary table with four positions which can work as separate units: two turning for roughing and finishing with a five position turret and one boring and tapping with a motorised six position turret, all managed by a computer. Component feed is guaranteed by two robots from two loading tables each using the camera eye component recognition system.

The recognition system allows for components to be bulk loaded onto the tables with the camera eye scanning the components identifying and logging both the component form and position, thus allowing the robot to pinpoint them for loading into the machines accurately and on the correct axis.
The system, as well as reducing the production time has also brought about notable savings in tooling, having practically wiped out the cost of equipment for pre-centring etc.
The system also includes two ‘gauges’ which provide a checking procedure of the machined components during the machining phase, which then interacts with the computer control so that any setting changes required are done in real time. 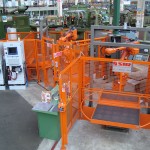 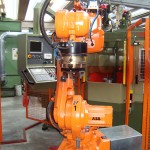 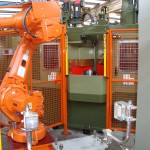 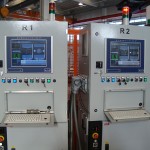