More than a thousand entrepreneurs were present at the Confindustria general meeting in Vicenza last June 10th to confirm the will and importance of remaining connected to the territory, to defend the patrimony of professional competence and culture of work, which has been done over the years, generation to generation.

The meeting was also an opportunity to celebrate the companies that have been enrolled in the Association for 50 years and among the 12 companies awarded was Calpeda.

“It was a great honour and reconfirmation of the emotions felt for the 50th anniversary of our company – stated Carlotta Lorenzi who collected the award – Half a century of history, work and commitment represents an important target and encouragement to pursue ever new objectives”. 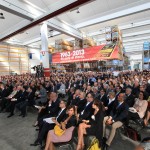 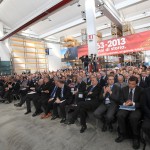 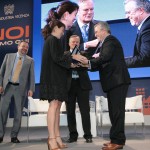 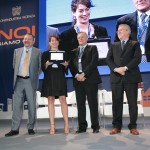