A new approach for energy saving 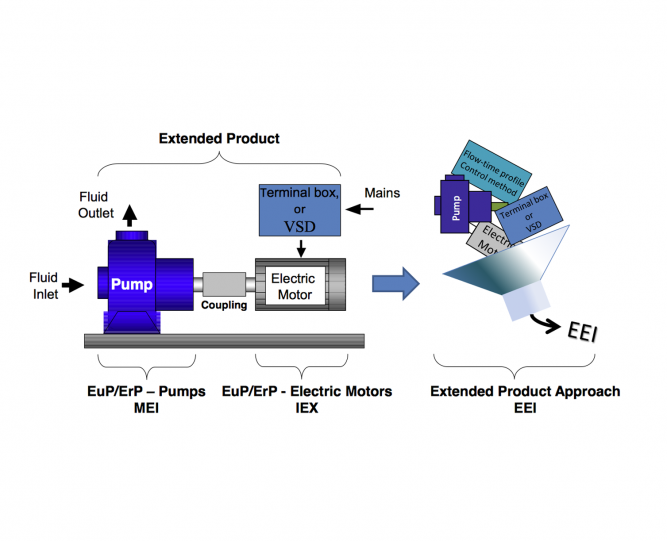 The activity of the work group (JWG) for drafting the new regulation on the minimum efficiency of cold water pumps (MEI), a group Calpeda has been involved in through its experts Michele Dai Prè and Andrè Kistner, is continuing.

The progress of the increase in the MEI indexes fixed by the Regulation has been respected and is operative.

Currently, the group is already working on additional objectives regarding energy efficiency.  In the next few years we can expect the introduction of new indexes which will probably involve even swimming pool pumps and drainage pumps.  But that is not all.  These new objectives are tied to a changed calculation philosophy that will no longer be MEI, but which will become EEI (Energy Efficiency Index), as established for the circulators.

In substance, the EEI is the result of an Extended Product Approach, in other words a wider approach according to which the product is considered in its entirety (pump, motor and possible frequency converter):  As a result, even the minimum efficiency value will no longer be given by summing the minimum efficiency values requested for the single components, but will be a total/unified value.

This new approach will bring additional energy saving, necessary for reaching the objective of reduced CO2 emission established by the European Union.  It has indeed been noted that this goal will be difficult to reach by only increasing the efficiency of every single component; the union of very efficient components, in fact, does not necessarily produce a highly performing system.  The solution proposed by the Europump JWG is to add EEI values according to the application, to try and direct the installer or end client to a system that is more efficient for their installation.