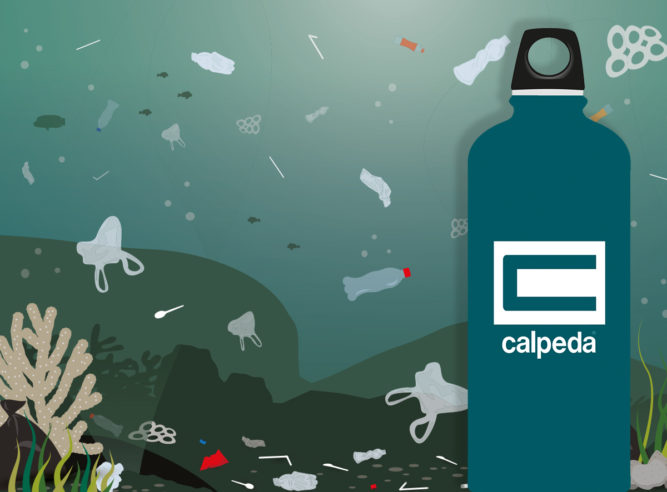 Taking care of our planet is becoming an increasingly urgent issue for each of us. Plastic, in particular, represents a global problem that must be tackled with great determination. Even a small gesture, which goes in the direction of reducing daily consumption, can be very significant and make a simple but important contribution to the improvement of the world in which we live.

With this spirit the #Calpedaplasticfree project was born, with which we want to eliminate the use of disposable plastic in the workplace. It is a choice of responsibility that involves us all as citizens, rather than as colleagues, and which should make us feel proud to be part of a greater process: because defending nature means thinking about the life we will leave to our children.

Anticipating the new European regulations that have banned the production and marketing of disposable plastics since 2021, we wanted to implement some actions that will allow us to significantly reduce our environmental impact.

A water bottle to quench your thirst

In Calpeda about 20,000 bottles of water are used every year, which corresponds to 500 kg of plastic waste. Cutting this waste means well-being for us and for the planet. We installed some water dispensers, where each employee can fill the bottle that was given to him.

Plastic cups in the coffee dispensers have been replaced with biodegradable glasses. Furthermore, glasses and jugs are available for guests at the bar.

In the canteen the plastic tableware supplied by the company have been replaced with ceramic ones. We eat better and make a gift to the environment!

Sustainability also means this: to bring the attention that we always put into differentiating waste, in the choice of plants and in the development of ecological products, also within the daily behavior of the company. With these three simple actions we can all say stop to disposable plastic together. Many thanks to each of you!

Did you know that?

• 70% of marine litter is made up of disposable plastic. Because of its slow decomposition, plastic accumulates in the seas, oceans and beaches. Plastic residues are found in many species – such as sea turtles, seals, whales and birds, but also in fish and crustaceans, and therefore also in the human food chain.

• There are currently over 150 million tons of plastic in the oceans. According to a recent estimate by 2050 the weight of the plastics present in the seas will be higher than that of fish.

• Plastic straws are among the most polluting elements on our beaches. And nature needs 200 years to get rid of one … a great reason to do without it.